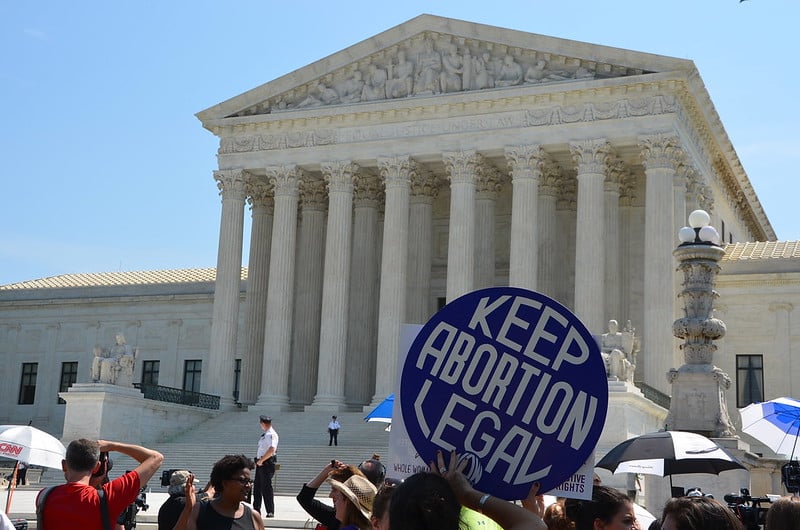 Pro-choice individuals all over the U.S. are enraged by the extreme abortion ban that has recently become law in the state of Texas. The law bans abortions for pregnancies as early as 6 weeks. The catch is, this is too early on in the pregnancy to the point that a lot of women don’t even know they are pregnant yet.

The thing is, women have the right to control their bodies. It is their constitutional right and the Texas abortion law may have unavoidable constitutional technicalities. So to work around this, the abortion ban instead deputized private citizens to sue anyone who performs an abortion. As long as they are in no connection to the patient or the clinic, they may collect $10,000 and recover legal fees (upon winning the case).

Here are some enraged reactions on the internet regarding the abortion ban:

My body, my choice

If you forcibly promoted the vaccine while also saying “my body my choice,” your opinion on the Texas abortion law is irrelevant.

The best and most relevant explanation so far

Sue the women, but not the men?!

I’m about to offend some straight men, but have you noticed every right to choose that gets taken away doesn’t affect you?

You don’t get judged if:
You stay single
You divorce
Don’t want kids
Sleep around
Single parent
And so on.

Anti-abortion law is about control, not life.

Let’s treat fetuses as a person, huh. Think about this!

“If a fetus is a person at 6 weeks pregnant, is that when child support starts?

Is that also when you can’t deport the mother because she’s carrying a US citizen?

Can I insure a 6-week fetus and collect if I miscarry?”

The idea of regulating a man’s body is uncomfortable?

Stop pregnancies at the source

I mean, I’m pro men should get vasectomies untill they’re in long term relationships, then get them reversed. A women can only have one successful pregnancy a year! How many women can a single man get pregnant? Men make more babies than women.

What’s up with the Supreme Court?

Nearly half a century ago, the Supreme Court affirmed abortion as a constitutional right. This Supreme Court’s refusal to overturn Texas’ law banning abortion is outrageous. Women get to control their bodies, not politicians and not judges.

It’s more about power and control than life

Banning abortions is about control & power

Control & power of men over women

No more! This ends now!

If you believe women are the weaker sex, you have a lot to learn

Don’t piss off women, we are relentless & ruthless when attacked#AbortTX pic.twitter.com/intGyPjudj