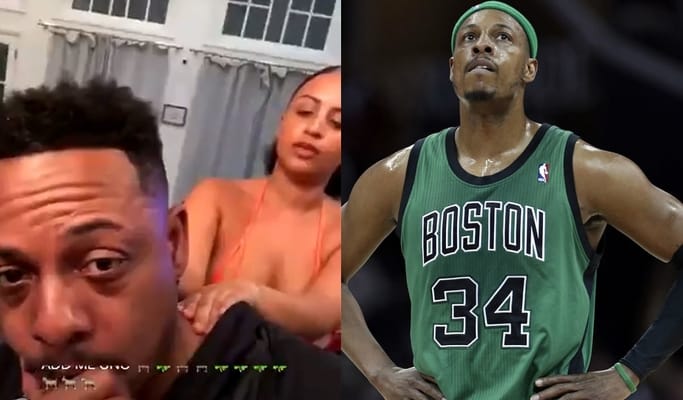 Over the weekend, Paul Pierce posted a spicy Instagram Live video which ultimately led to ESPN firing the NBA analyst.

On Tuesday, the cable sports network concluded its working relationship with the Boston Celtics legend, according to an industry source. Representatives for the baller did not promptly respond to requests for remarks. ESPN declined also to comment on Paul Pierce being booted from the network. The news of the NBA analyst’s termination was initially brought to light by Front Office Sports. Pierce was a commentator for ESPN on various NBA shows. That consisted of its pregame show “NBA Countdown” and the label show “The Jump”.

Pierce, who was bestowed with the moniker “The Truth,” took home an NBA championship in 2008 with the Celtics. Prior to the 2017-2018 season, Pierce was hired by ESPN. The suggestive nature of the live stream was plausibly a breaking point for the transnational cable sports channel — a company operated by the family-friendly DIS (Walt Disney Company). Additionally, Pierce and other persons in the video do not appear to have masks on or to be following coronavirus guidelines that have been put together by the network.

Pierce ostensibly addressed the firing via Twitter shortly after the news caught fire. On Tuesday, the baller posted a short video of him grinning with a caption that read, “Big Things coming soon stay tuned make sure u smile #Truthshallsetufree.” He tweeted again later on Tuesday writing, “I can’t lose even when I lose I’m winning.” It hasn’t been announced whether someone will replace the Hall of Fame finalist on ESPN’s NBA programming or if the channel will simply revolve other analysts, reporters, and commentators, reporters to occupy his spot.

These People Lost Their Jobs Because of What They Posted Online