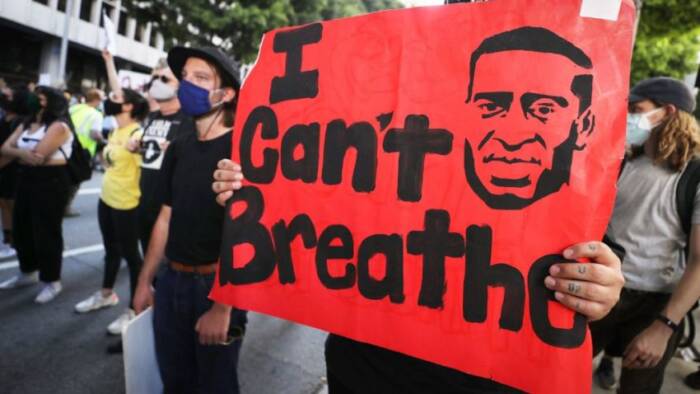 A man in South Florida quit his restaurant job after he claimed the blackened chicken wings menu item name was varied to “I can’t breathe.”

Brandon Gonzalez was rushing a plate of the blackened chicken wings to a patron on Wednesday evening in southwest Miami-Dade at Hole in the Wall when he spotted something untypical and objectionable with the ticket from the kitchen. “I guess he thought it was funny to change a customer’s order from 10 blackened wings to 10 ‘I can’t breathe,'” noted Gonzalez. The worker said the proprietor then walked into the kitchen and attempted to hit him with a lame explanation.

Gonzalez went on: “He’s like, hey, we’re not gonna write blackened anymore, we’re gonna write, ‘I can’t breathe’ and he started laughing, and I stayed quiet.” That is until Gonzalez chose to put the restaurant owner on full blast. He said: “There’s one main reason what absolutely offended me and baffled me, and it was the fact that they have a 90% Black kitchen.” The phrase “I can’t breathe” has been the mobilizing bawl at nationwide protests for African-Americans who were slain at the hands of police officers. It was too some of the final words uttered by George Floyd.

Gonzalez continued: “You’re pretty much joking about the BLM movement. You think it’s a joke that George Floyd was saying ‘I can’t breathe’ an x amount of times, like, you think that’s funny? That’s not funny.” The owner posted on social media: “I want to apologize for my insensitivity in a lame attempt at humor. My intentions were never to offend or make any employee or customer uncomfortable.” The boss went on to tell in the post that he truly is sorry and he hopes to learn from this event. Gonzalez added: “I think that joke came from a place where you wouldn’t find things like that funny unless you were a racist, to be honest. I just think the problem is deeper than that. It’s not just, ‘I’m sorry, my bad.'”

Did the Simpsons Predict George Floyd’s Death & the BLM Protests?