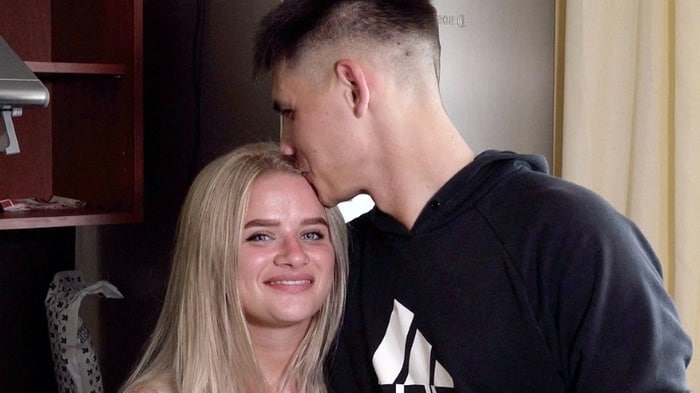 There are countless ways to propose – on a hot air balloon, at a basketball game, in a fancy restaurant – though, one guy held his beau at gunpoint.

Anastasia anticipated Sergei, her boyfriend, to be waiting for her when her plane arrived at St Petersburg airport. However as she landed he texted to say that, because of unexpected work commitments, instead a buddy will be pick her up. Soon after, as Anastasia approached her apartment complex in the friend’s vehicle, a minibus with blacked-out windows whooshes into their path. Armed guys in black masks hopped out and snatch her driver away. By gunpoint, Anastasia was guided to the back of the car she was commuting in. The men started rifling through her belongings and unearthed a small packet stuffed with white powder. “You’re suspected of supplying banned substances,” said the men. Anastasia frighteningly replied: “You must be mistaken. That’s not mine!” “Then whose is it? Enough of the games!” one of the men barked.

The questions continue, until the man opens the packet to reveal a small pink box. “And what’s this?” he asks. “No idea!” she replies, her voice breaking. Suddenly the man gets down on one knee, rips off his mask and shouts: “Marry me!” It’s Sergei, and it turns out he’s the only one here who actually works in law enforcement. The others work for an “extreme proposal” service – part of an industry established in Russia in recent years. Sergei’s driver friend was in on the secret – he pretended to be frightened when the masked men stopped them. Anastasia says the affair was an initial daze for her. “It was really scary. Nothing like that had ever happened to me before.”

Guy Plans Mountaintop Marriage Proposal; Instead Gets Lost In Mountain With GF

Gift-giving isn’t just a seasonal affair between friends, families and acquaintances. The art of gift-giving is also conducted on a national scale with countries often sending each other big, weird and expensive gifts. Experts in all things gifts, Vanilla Reindeer put together some examples of these expensive and odd gifts that have been shared between… END_OF_DOCUMENT_TOKEN_TO_BE_REPLACED

There are lots of ways you can make Pres. Trump feel welcome: you can offer him coffee, or mow a penis into a field for him to view as his plane lands. The willie in question has been chopped by Born Eco ahead of the arrival of President Trump, who visited the UK Monday for… END_OF_DOCUMENT_TOKEN_TO_BE_REPLACED

The year isn’t even halfway over, yet Donald Trump has managed to make a fool of himself and our country countless times. From inviting the national college football champions, the Clemson Tigers, all the way to the White House for some McDonald’s to his to the dreaded results of Mueller’s investigation, it has been one… END_OF_DOCUMENT_TOKEN_TO_BE_REPLACED

Republicans have always said that when they gained control in Congress, they would work to overturn Roe v. Wade and here they are, cashing in on that promise one state at a time. So far, Alabama, Arkansas, Georgia, Kentucky, Missouri, and Ohio have all passed incredibly restrictive laws on abortions, making it illegal for women… END_OF_DOCUMENT_TOKEN_TO_BE_REPLACED

If you’re on Snapchat, then you’ve probably played around with (and were likely horrified by) their filter gender swap filters. While you’re probably using these filters to send hilarious pics to your friends, some guys using them to create Tinder profiles. What likely started out as a joke has quickly evolved, and these guys are… END_OF_DOCUMENT_TOKEN_TO_BE_REPLACED

“Milkshaking” is a hilarious trend in Britain where a milkshake is thrown at and ideally lands on a far-right politician or activist. The point of this nonviolence protest is to humiliate them without causing injury. Physical injury at least. There’s no doubt that milkshaking has led to a few bruised egos. Not only is this… END_OF_DOCUMENT_TOKEN_TO_BE_REPLACED