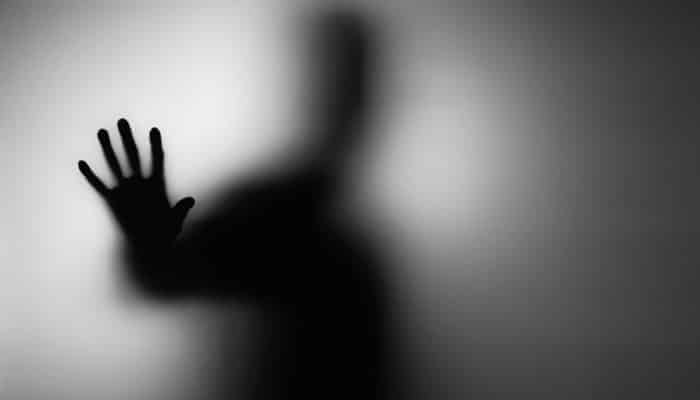 A dad accused of stabbing his toddler 76 times, after convincing himself the child was the devil, has been found not guilty due to mental illness.

The 38-year-old father, who’s been diagnosed with schizophrenia, has been acquitted of murder after it was determined he stabbed his five-year-old son during a psychotic episode. Acting Justice Peter Hidden explained on Tuesday he was convinced the man didn’t realize what he was doing, deeming it a “tragic case.” The dad, who remains unidentified for legal reasons, on June 8, 2018 ambushed his son in their home in Sydney after the boy’s grandmother and mother had left, local news reports. “I just murdered my son. I feel sick. I thought my son was the devil. Well, I know he is, but he’s dead now, at least I think he is dead,” the man expressed to law enforcement when they arrived on the scene. The befuddled parent was under the notion that doomsday was forthcoming and his son was “trying to tear” apart his soul.

When the slayer was taken back into custody, reportedly his family shrieked to him they loved him and that it was not his fault. The court heard the dad had been diagnosed in 2003 with schizophrenia. His mother and partner tried to have him admitted to hospital measly days prior to the death of his son, however there was no space. The fella’s mum begged emergency services not to hurt her child when she confessed he had murdered her grandchild. Two forensic psychiatrists submitted their reports to the court, with one physician asserting the man had acted under “delusional belief” that his child was the devil. The dad will indefinitely be restricted to a mental health screening unit.

Woman Stabs Ex And Takes Selfie With Him While He Bleeds

Japanese Woman Stabs Man, Nearly Kills Him… Because She Loves Him… So Much

Gift-giving isn’t just a seasonal affair between friends, families and acquaintances. The art of gift-giving is also conducted on a national scale with countries often sending each other big, weird and expensive gifts. Experts in all things gifts, Vanilla Reindeer put together some examples of these expensive and odd gifts that have been shared between… END_OF_DOCUMENT_TOKEN_TO_BE_REPLACED

There are lots of ways you can make Pres. Trump feel welcome: you can offer him coffee, or mow a penis into a field for him to view as his plane lands. The willie in question has been chopped by Born Eco ahead of the arrival of President Trump, who visited the UK Monday for… END_OF_DOCUMENT_TOKEN_TO_BE_REPLACED

The year isn’t even halfway over, yet Donald Trump has managed to make a fool of himself and our country countless times. From inviting the national college football champions, the Clemson Tigers, all the way to the White House for some McDonald’s to his to the dreaded results of Mueller’s investigation, it has been one… END_OF_DOCUMENT_TOKEN_TO_BE_REPLACED

Republicans have always said that when they gained control in Congress, they would work to overturn Roe v. Wade and here they are, cashing in on that promise one state at a time. So far, Alabama, Arkansas, Georgia, Kentucky, Missouri, and Ohio have all passed incredibly restrictive laws on abortions, making it illegal for women… END_OF_DOCUMENT_TOKEN_TO_BE_REPLACED

If you’re on Snapchat, then you’ve probably played around with (and were likely horrified by) their filter gender swap filters. While you’re probably using these filters to send hilarious pics to your friends, some guys using them to create Tinder profiles. What likely started out as a joke has quickly evolved, and these guys are… END_OF_DOCUMENT_TOKEN_TO_BE_REPLACED

“Milkshaking” is a hilarious trend in Britain where a milkshake is thrown at and ideally lands on a far-right politician or activist. The point of this nonviolence protest is to humiliate them without causing injury. Physical injury at least. There’s no doubt that milkshaking has led to a few bruised egos. Not only is this… END_OF_DOCUMENT_TOKEN_TO_BE_REPLACED