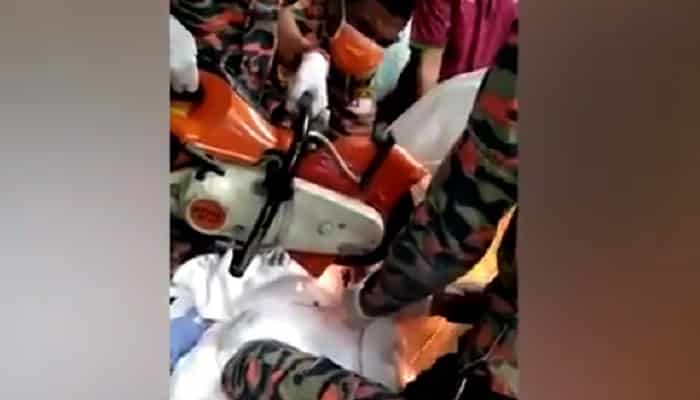 Since his situation is embarrassing by any standard, he didn’t call for help immediately. The boy actually tried to free himself from the rogue toilet pipe for over an hour to no avail. He was really stuck. So, he threw away what’s left of his dignity and called his friends and housemates for help. The Fire Department had to rescue him.

“The metal pipe is about six inches in length with a [thickness] of 5 millimetres, and is no longer used. The firemen had to cut the pipe first,” says Senior Fire Officer Seniman Idris. They had to use a circular saw to cut the toilet pipe and the sparks even flew toward the boy while they were cutting it. Thankfully, the teenager and his member were freed safely.

While his penis actually became swollen (in a bad way) after being trapped for a long time and had minor injuries, he’s practically unharmed.

Scientists Discover Penis-Shaped Clam Which Loves Nothing But Wood