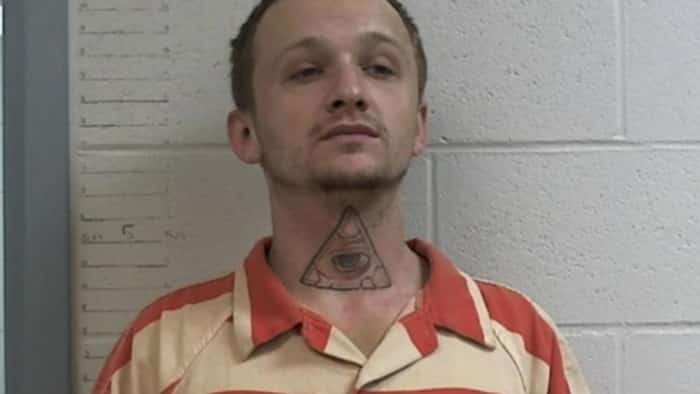 After escaping and being nabbed, 30-year-old Travis Lee Davis squirmed into the front seat of the cop car (handcuffed) and drove off.

Following his escape from jail in Pettis County, Missouri, on Saturday, while on the loose Davis reportedly kidnapped a woman who later reported the incident. Law enforcement tracked him down and apprehended him in an Oklahoma car park – roughly 350 miles away from the prison he was able to escape from – on Wednesday afternoon.

Police said that he then slipped off again after he wriggled into the driver’s seat of the cop vehicle and raced off as officers were outside the car interviewing the supposed victim. Davis sped the car down the road approx one to two miles prior to crashing it into a tree and on foot took off. Authorities believe he may have jumped on a train.

The Heavener Police Department wrote in a statement: “It is possible that Davis escaped the area by trespassing on a freight train, however, people in the area should keep their doors locked and be watchful for strangers. Anyone driving in the area should not pick up any hitch hiker and should definitely report them to the Leflore County Sheriffs Office.”

In another statement regarding Davis’ escape, the Pettis County Sheriff’s Department noted: “Davis climbed up into the ceiling of G Pod, across the rafters, through a maintenance access hole in the concrete wall, into a maintenance access closet, which lead to an exterior exit on the S. Lamine side of the jail and fled on foot.”

Davis – who is said to be dangerous – was seen last wearing grey pants and a white t-shirt. He too has multiple tattoos including a triangle with an eye inside on the front of his neck.

Accordant to police materials, he was being held on a $110K bond for numerous charges which included endangering the welfare of a child, kidnapping, domestic assault, parole violation and resisting arrest.

The moment he was inaugurated, immediate changes made by Biden made headlines across the country. These are many of the controversial issues and topics that were shunned and ridiculed by the former administration. Americans can finally breathe a sigh of relief that these concerns have finally reached government policies. It seems clear that Biden has been… END_OF_DOCUMENT_TOKEN_TO_BE_REPLACED

Presidential pardons are one and many in the history of the US. There are many times when US Presidents granted reprieves for their citizen’s misdeeds. The US President may grant a pardon for any individual, including himself, for any crimes done against the country and its citizens. This issue of Presidential pardons has been trending… END_OF_DOCUMENT_TOKEN_TO_BE_REPLACED