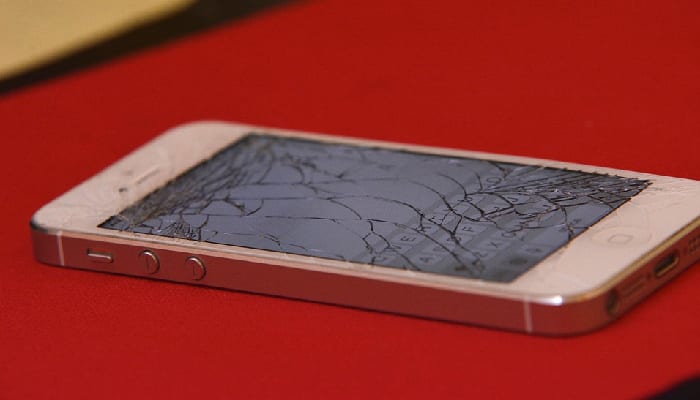 These days, it’s virtually impossible to survive without a smart phone. They’re basically like a mini personal assistant that does everything from track the number of steps you’ve walked in a day, to help you pay for items on the go, and even wake you up in the morning.

Seriously, how did we cope before they came into existence?

With all of their magical properties, it’s no surprise that smart phones are pretty pricey. Especially when you’re locked into a phone contract or own a top of the line model. This is why so many of us put up with cracked screens when we inevitably drop them, but no more.

A student has created a subtle airbag case for your device, which instantly deploys if you drop it. You don’t need a sh*t screen cover when you’ve got one of these babies!

The case was created by Philip Frenzel, an engineering student at Germany’s Aalen University, who came up with the idea after cracking several phone screens himself.

The 25-year-old wasn’t a fan of the thick, ugly phone screens currently available, and decided to make one that was not only attractive but also more effective.

Tiny sensors inside Frenzel’s design detect when a device is falling, and eject malleable arms out of each corner, breaking the phone’s fall. The arms can then be manually pushed back in, so no one is any of the wiser.

Still, it won’t save your phone if you drop it in water, but it’s a start. In fact, Frenzel’s design has already received an award from the German Society of Mechatronics. He’s currently waiting for the patent to be approved for his creation, then he’ll start crowdfunding. So long, cracked phone screens!

Up Your Smartphone Photography Game With These DIY Hacks [Video]

The moment he was inaugurated, immediate changes made by Biden made headlines across the country. These are many of the controversial issues and topics that were shunned and ridiculed by the former administration. Americans can finally breathe a sigh of relief that these concerns have finally reached government policies. It seems clear that Biden has been… END_OF_DOCUMENT_TOKEN_TO_BE_REPLACED

Presidential pardons are one and many in the history of the US. There are many times when US Presidents granted reprieves for their citizen’s misdeeds. The US President may grant a pardon for any individual, including himself, for any crimes done against the country and its citizens. This issue of Presidential pardons has been trending… END_OF_DOCUMENT_TOKEN_TO_BE_REPLACED