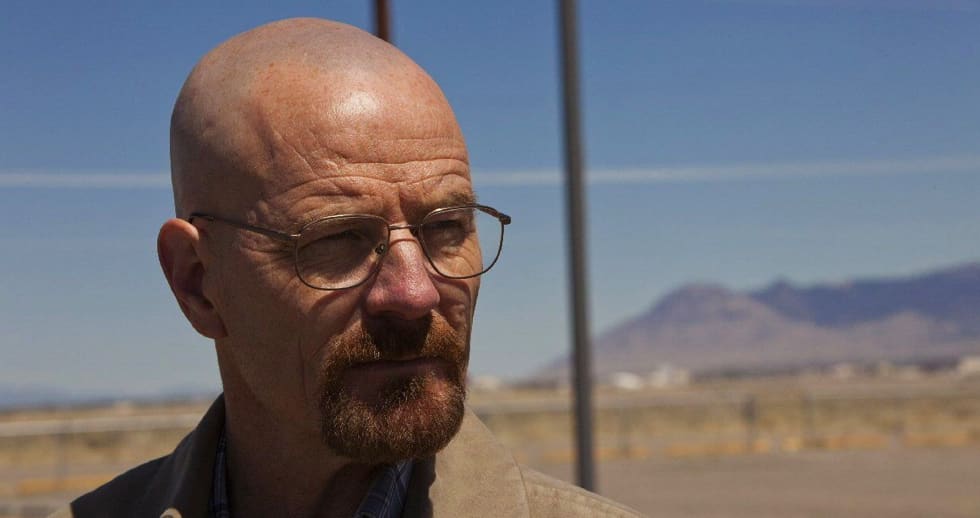 Goodbye Breaking Bad. The series finale of the hit AMC show will air tonight and stars Bryan Cranstona and Aaron Paul are preparing their fans for an emotional ride.

Paul and Cranston will be watching the finale tonight with a few fans who won a contest on Omaze.

The winners of the Omaze raffle and I cleaning Bryan Cranston’s star. Thanks for the years my friend. pic.twitter.com/o3x2ATVlhH

But the Omaze winner isn’t the only fan who is excited for the Breaking Bad finale. #GoodbyeBreakingBad has been trending on Twitter and Bryan Cranston and Aaron Paul certainly enjoy all of the love.

Well, this is it. The last episode ever of Breaking Bad. Thank you for sharing this ride with me. Without you we never would have lasted.

Vince Gilligan said at the start of Breaking Bad that he wanted to bring Walter White from the innocent Mr. Chips to the dangerous Scarface. We’ll find out just how close he gets to his vision in a few hours.

Walter White may end up pretty close to Scarface. After all, he will at some point have a military grade machine gun during tonight’s episode. But who will he use it on? Walter White is probably heading to Uncle Jack’s hideout to get some revenge but Breaking Bad loves to play with expectations.

You can check out some possible Breaking Bad endings here or some endings that definitely won’t happen here.

Are you excited for the finale tonight?

Dan Evon was born, raised, and currently lives in Chicago. He is the Editor-In-Chief at Social News Daily. Over the last six years Evon has helped build several web platforms to millions of monthly readers. Dan is an expert is social media platform building and a freelance content consultant specializing in trending, evergreen and news content.

The moment he was inaugurated, immediate changes made by Biden made headlines across the country. These are many of the controversial issues and topics that were shunned and ridiculed by the former administration. Americans can finally breathe a sigh of relief that these concerns have finally reached government policies. It seems clear that Biden has been… END_OF_DOCUMENT_TOKEN_TO_BE_REPLACED

Presidential pardons are one and many in the history of the US. There are many times when US Presidents granted reprieves for their citizen’s misdeeds. The US President may grant a pardon for any individual, including himself, for any crimes done against the country and its citizens. This issue of Presidential pardons has been trending… END_OF_DOCUMENT_TOKEN_TO_BE_REPLACED