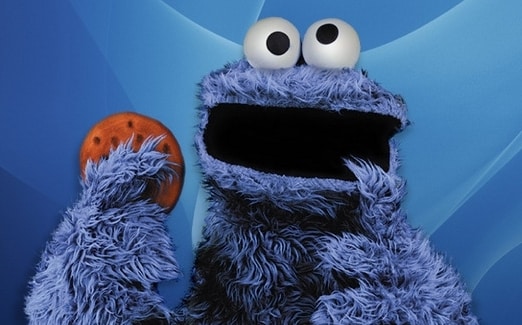 Mauricio Handler is a pretty amazing ocean photographer. Seriously, he’s gotten dangerously close to some of the sea’s biggest creatures. Thankfully, he’s also captured some of the funniest animals in the ocean, like this sea sponge, which does a pretty good Cookie Monster impression.

Handler writes on Facebook: “Finally back from months of filming across the big blue. I will be posting a whale shark manta update from the field soon. In the meantime I leave you with one of my images that made the SUN paper in the UK and is now slowly criss crossing the globe. It is a humorous one for sure.”

Handler said that his wife Julia should be credited with discovering the Cookie Monster of the Sea.

Handler said: “It was Julia who went to get me, laughing through her mask about the unusual sponge … So I did an about-face and went straight to it, and worked the subject to light it perfectly to get as much personality out of the picture as possible.”

The Cookie Monster of the Sea photo is pretty cool but it doesn’t quite surpass this photo of a whale shark.

Dan Evon was born, raised, and currently lives in Chicago. He is the Editor-In-Chief at Social News Daily. Over the last six years Evon has helped build several web platforms to millions of monthly readers. Dan is an expert is social media platform building and a freelance content consultant specializing in trending, evergreen and news content.

The moment he was inaugurated, immediate changes made by Biden made headlines across the country. These are many of the controversial issues and topics that were shunned and ridiculed by the former administration. Americans can finally breathe a sigh of relief that these concerns have finally reached government policies. It seems clear that Biden has been… END_OF_DOCUMENT_TOKEN_TO_BE_REPLACED

Presidential pardons are one and many in the history of the US. There are many times when US Presidents granted reprieves for their citizen’s misdeeds. The US President may grant a pardon for any individual, including himself, for any crimes done against the country and its citizens. This issue of Presidential pardons has been trending… END_OF_DOCUMENT_TOKEN_TO_BE_REPLACED