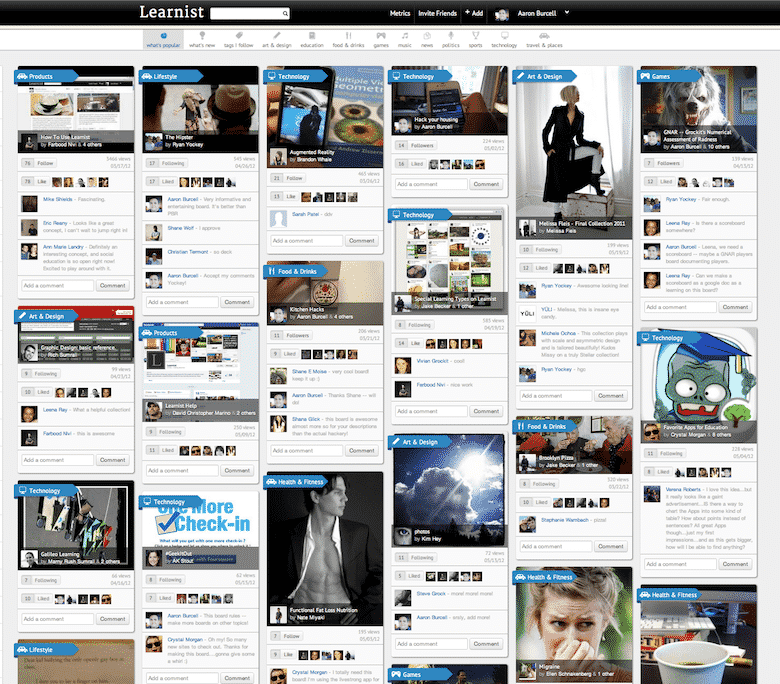 Grockit launched in 2008 as a full-service, social learning platform bent on helping students pass standardized tests and other obstacles in education. The platform enabled students to study on their own or connect with live instructors while perusing a library or watching video content.

It took five-years and $25 million in seed money but that company has finally reached 1 million users by experimenting with different products. In response the company has launched a Google Android app.

Over half-a-decade the platform company experimented with many different tools while focusing on its Learnist digital clipboard it calls “Pinterest for education.”

In July the company sold Grockit, it’s prep business, and technology to Kaplan so it could focus on Learnist. It only took six months for Learnist to grab the attention of students and prep for mobile dominance in the online education space.

By launching the Google Android app users can now find multimedia learning experiences and expert knowledge in various courses of study. Students can also collaborate with other learns and connect and share information with their social networks.

The new venture is backed by $20 million from Discovery, Summit, Atlas, Benchmark and others.

While the platform originally focused on the K-12 teachers and students crowd it has now expanded to attract a wider audience outside of its originally reading assignments and common core-support math lessons. The platform is currently attempting to attract life-long and casual learners along with current students.

“… The founders have since expanded that scope in an effort to attract a wider set of life-long and casual learners. In much the same vein as Coursera, Learnist is looking to create a network that applies to both formal and continuing education and can be used alongside classroom tools like Schoology and Edmodo to create a more holistic classroom learning experience, for example, while giving casual learners a place to store and view their various learning projects.”

Learnist is already available for iPhone and iPad apps which helped it grab the attention of more than 1 million users.

The company wants to become a “smart RSS feed for learning” while providing and sharing information that matters to students.

The app current offers help to students and teachers in 40 countries and the company hopes to quickly expand that reach on a global scale.